I made my Edinburgh Fringe debut in August 2019 at theSpaceUK@SurgeionsHall with Chain of Trivia, a remarkable rock and roll trivia journey of connections and coincidences, a mad ride that connects Elvis Presley the King, to Queen and Freddie Mercury in 10 degrees of separation. Each step was linked to the next by a fascinating piece of rock trivia.

It’s not only the story of Elvis and Queen, nut also of Rod Stewart, Bob Dylan and Buddy Holly and includes tales of TV censorship, radio bans, law suits, Nobel Prizes and song crazy coincidental lyrics, all brought to life in a funny and memorable 50-minute blast of rock music history. There will be a minimum of props but more than an occasional tune will be thrown in for good measure.

The plan was to go back in August 202 with a new show, Circle of Trivia, based on 2019’s show but where I begin and end with the Beatles, once again via 190 fascinating rock and roll stories. As at the time of writing, the 2020 Edinburgh Fringe has been cancelled. 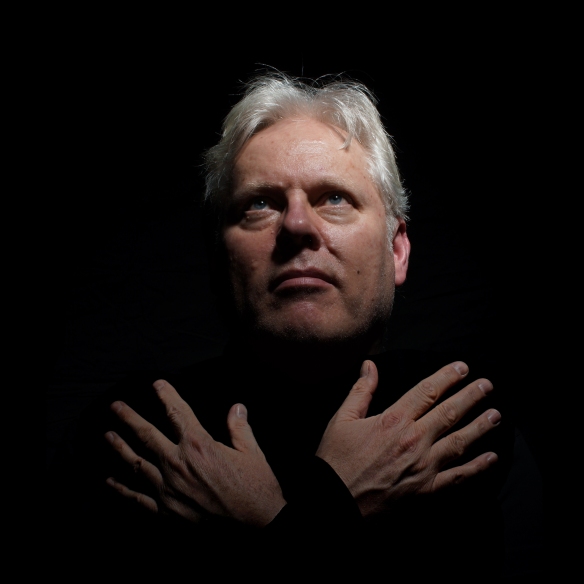 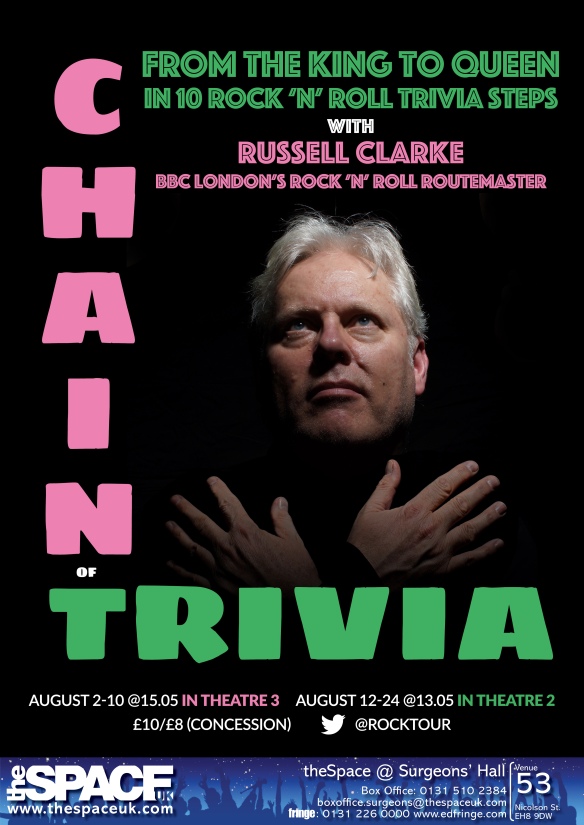